Route through Valdeolea. Valdeolea, twice as much Campoo Los Valles is one of the most visited areas of the region during the winter season. Snow is the “white gold” that delights all our visitors and friends coming to southern Cantabria. But not only is the “snow white” landscape the main attraction, the “field-green” also makes Campoo Los Valles one of the DESTINATIONS (in capital letters) par excellence. Its impressive landscape and beautiful features, the calm waters of its reservoir, the folklore and ancestral traditions, its popular festivals (San Mateo tops the list), its delicious and varied cuisine and its routes and trails, all of such an excellent quality, to be experienced, lived, tasted and enjoyed each and every day of the year.

Within that supreme quality we find the Route of the Menhirs of Valdeolea that begins in the municipality of the same name, Valdeolea; welcome portal to the region, by the Meseta highway (A-67) which, together with Valdeprado del Río and Valderredible, form the Mancomunidad Los Valles; the southern cone of Cantabria. The set of the eight menhirs forms the route marked “PR-S 61” or “Route of the Menhirs”. It begins in Mataporquera, a railway junction and headquarters of a modern and prosperous cement industry, specifically in the highest part of town, in front of the cemetery and the church of Santa Eulalia. More than 5,000 years have passed since humans established themselves in Valdeolea and erected, in what would already be their lands, these impressive stone footprints. One of the main characteristics of these megalithic monuments is that they practically line up along the route and have their main faces pointing southwest. When this arrangement coincides with the itinerary of the sun during the summer solstice, then the theory of its creation by (and for) solar cults increases. The route is part of the Cultural Itinerary of the Council of Europe (Megalithic Routes), a platform that highlights the importance of megalithic culture for European history, helping to rediscover and promote the tourist value of its monuments and, thus, improve its protection as part of our cultural heritage.

From south to north:

Valdeolea has a rich natural and monumental heritage. Its biogeographic situation with a marked transitory character and its border position between the plateau (Meseta) and the Cantabrian coast, have favoured the existence of a remarkable biodiversity , marking the ways of life and traditions of the valley, reflected in its villages, its people and its artistic historical heritage. This municipality of Campoo Los Valles is beginning to be known for the peculiarities and differences of its archaeological and historical heritage; for its railway tradition and the gastronomy of the railway pot; and even for the Atlantic curiosity of the Camesa River.

For all this, visitors who come to this municipality can enjoy various cultural routes such as the Route of the Romanesque Churches and their wall paintings, customary in Cantabria in of the Middle Ages. The Romanesque Church of San Juan Bautista, Santa María La Real and the Romanesque Church of Santa Olalla are the three main buildings on this route. Another route through the Base of Monte Otero, between the towns of Camesa and Rebolledo, will guide the “wanderer” by the buried pulse of a Roman city that archeology has brought to light. The Route of the Young Camesa, the Route of the Henestrosas to Market, the Path of the Seven Rock Crossing or the Ascension to the Endino are among the many attractions for all those who come to enjoy the south of Cantabria.

And what about the Forgotten Way to Santiago? This route enters Cantabria, passing through the area of the Ebro Reservoir (Las Rozas de Valdearroyo), then through Campoo de Enmedio to Valdeolea, being the beginning and end of a stage that continues through the region and on to our neighbouring Palencian mountain. To all these discoveries we add twice as much: the friendliness, kindness and hospitality of the locals. There are no excuses; we like what is ours and we like to show off. Welcome to Valdeolea, welcome to Campoo Los Valles! 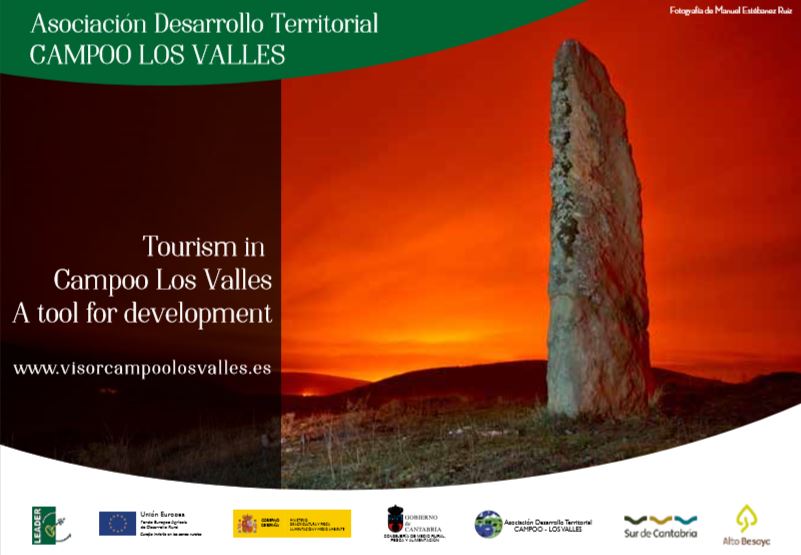